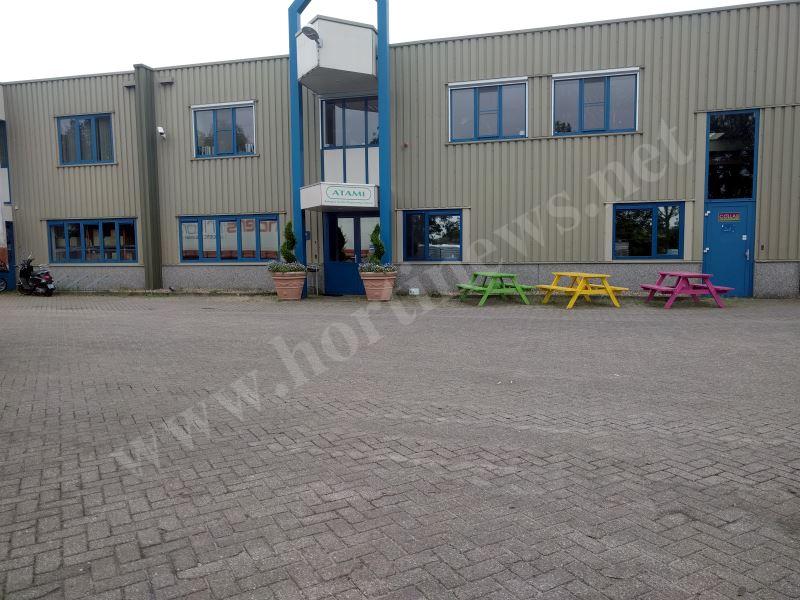 During our road-trip through Holland, we had a quick stop at Atami BV headquarters, based in Rosmalen, the Netherlands. We took the opportunity to visit their office and interview Wilma Bakkers, the operational director of the company. We would like to thanks ATAMI's team for being great hosts! 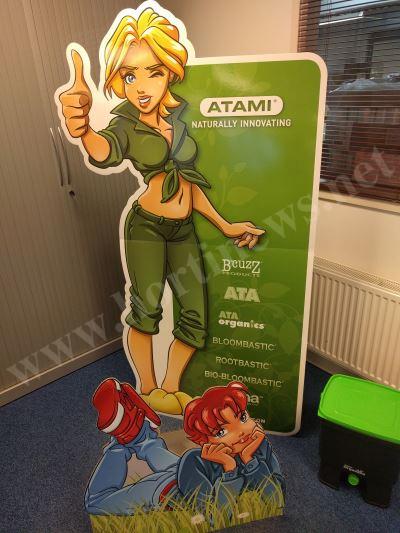 Hello Wilma, could you introduce yourself to Hortinews readers ?

I am Wilma Bakkers and I started working for ATAMI 14 years ago. I started to work in bookkeeping. A year later, after I joined the company, Erwin (CEO of ATAMI BV) asked me to become operational director. I think I am now acting much more as a director rather than operational director. I didn’t have a big experience in gardening when I started, but I have learnt a lot ever since. My only background was with my own personal garden and nothing else. So all the knowledge that I’ve acquired is due to my time spent at ATAMI.

Could you tell us more about the history of Atami ?

Erwin started the company in the attic of his own house, back in 1997. He was filling up bottles, preparing recipes, delivering products, all by himself. He moved to Rosmalen in 2000, after being in Hilversum, Bussum and Lexmond. Here he had his first machine to fill up bottles. He started hiring staff and we now have 40 people working in the Netherlands, 10 people in Spain, 9 in the UK and 1 in France. We are ready to hire a second person in France. For the US market we work with another company, which is distributing our products overseas, because Erwin and I can’t be at different places at the same time. 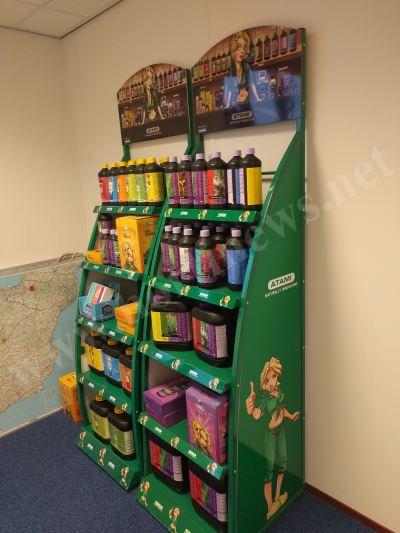 Why Atami ? It sounds very japanese !

It means, “Here I am” in Papiamento, which is one of the official languages in the Curacao islands. Erwin, the owner of the company, is from Curacao. When Erwin started this business, he came and said, “Here I am”. (Note from Wikipedia: Curacao is a Lesser Antilles island country in the southern Caribbean Sea and the Dutch Caribbean region, approximately 65 kilometers (40 miles) north of the Venezuelan coast. It is a constituent country (Dutch: land) of the Kingdom of the Netherlands).

The Sky is the limit. That’s what we always say. We look at what people want, what they are asking for. When something becomes too easy for us, we try to bring up another product, another company or something else. So yes, sky is the limit.

It’s because those products are both organic and mineral. They are not entirely organic and we don’t want to confuse people. So we decided to call it NRG. We changed the name so people know that there are a lot of organic products in the “ATA-NRG” line but not 100%. Some are 70% organic, others are 90%, but we cannot call them organic unless they are 100%.

Are you planning to go for 100% organic products ?

I don’t know yet, because people want to grow good plants, vegetables etc., but they stay smaller when you use 100% organic nutrition products. If you add some minerals to the plants they will grow faster, bigger and heavier. Maybe we will go for 100% organic products, but not anytime soon. Potentially later on this year we can start some new adventures. It takes around 2-3 years to craft a good product, and then you need to register it and do some official tests. Generally, it takes around 5 years to bring a 100% organic products to the market. 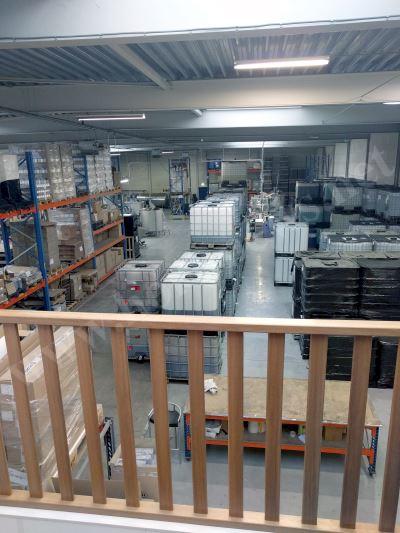 One of your latest products is RootBastic, are you going to launch new products soon ?

Not at this moment. We are currently very busy with the administration and registration of our products in France. We do have some new products, but under another brand - “Wilma’s Lawn and Garden”. But there will be a new brand/products that is going to be launched on the French market soon. 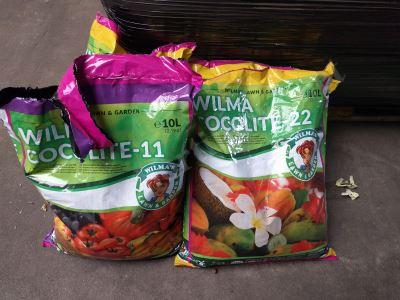 What is this new brand that you are starting ?

This new brand is named “Wilma’s Lawn and Garden” and it’s for your “kitchen garden”. It is appropriate for people who are growing small at their houses, like lettuces etc. We want to do it everywhere in Europe. We started in the Netherlands with this. There are some nutrients for green plants, bonsai, summer, wintertime, orchids, palm trees and a 1-2-3 Nutrient. In the Netherlands people start to grow their own vegetables in wintertime. So this will be suitable for growing plants/vegetables in the kitchen garden at home. For such a specific growing type, you may use specific nutrients. When you are growing inside, you need a light to act like the sun. As you have constant light, you need constant nutrients. We have some substrates, cocolite with perlite for this new line and we will have some pure coco products for the French market.

Why are you removing perlite for the french market ?

I hear very often that people don't like perlite. Apparently they don’t want to see the white things in their substrates. So we’re not going to remove it completely, but we will simply offer another product that will meet our customers’ expectations. What I hear on the streets is that people prefer to have soil with coco rather than coco with perlite. 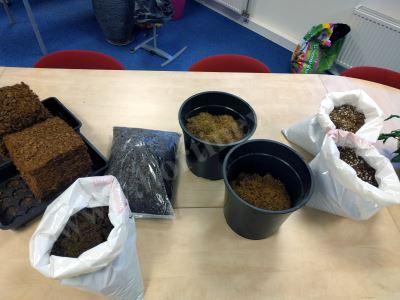 Are you working on having new coco substrates as I see lots of them on this table ?

Will it become a new product? I don’t know yet, but if the market is interested then we will launch such. But not until we know for sure that our nutrient lines are working well on it. We are always testing different kinds of mixes, but they don’t always end up as products on the market.

Right now, Bloombastic is our biggest success. Before, it used to be our bloom stimulator, but as soon as we launched Bloombastic, it became very successful straight away. 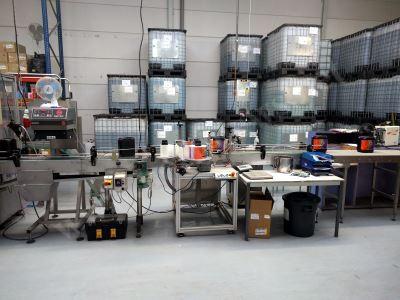 Why do growers love BloomBastic ?

When we first launched it, people wanted to try it because of what the bottle looked like, I guess. But after everyone tried it, they were really impressed. We have seen its potential ourselves and we knew how great Bloombastic was before we launched it.

What’s the Bloombastic effect on plants ?

The plants are growing much bigger, faster and stronger. Your vegetable weight will be enhanced. Normally the bloom stimulator was doing the same job, but Bloombastic is way more successful at the end. 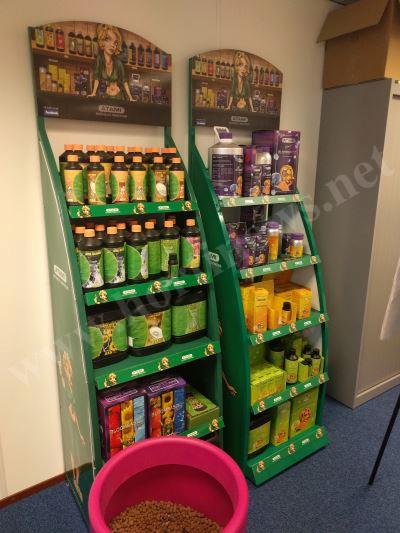 You have launched Bi-Bloombastic (a semi-organic version of Bloombastic). As a grower, if I have the choice between Bi-Bloombastic and Bloombastic, which one I should go for? Which one will be more efficient ?

Which country is currently your biggest market ?

I am not talking about the US, because I don’t know any sales figures there yet. In Europe, it is Spain and the UK.

So France is not your third best market then?

Not yet, we have to fight back! We were in France a few years ago, but due to regulations, a lot of our products just disappeared from the French market. We lost many customers there and we will work hard to come back! France is one of our biggest targets at the moment.

Hortinews readers are listening to you, what do you want to say to them ?

Try our products! Having been on the market for 20 years, I can tell you a lot about them, but I prefer to let the products speak for themselves. Many shops will have some samples available. Just give it a go! 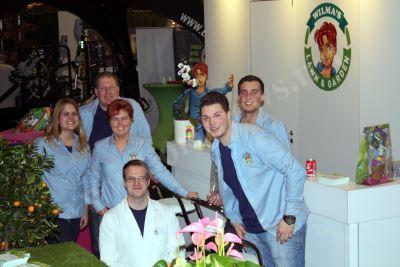